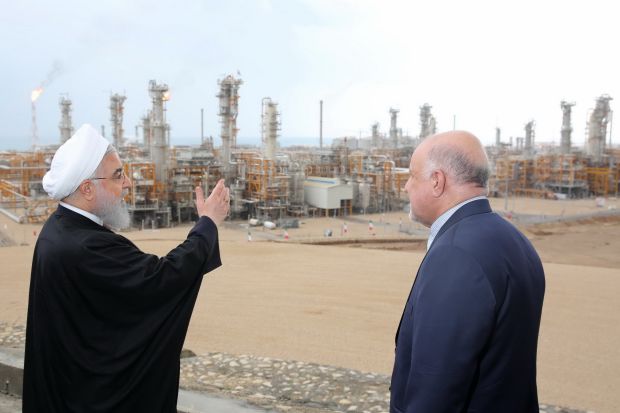 In recent weeks, Iran has been storing more oil onshore and at tankers at sea as it looks to continue producing oil, but its crude exports are severely restricted by the U.S. sanctions, Reuters reported on Thursday, citing industry sources and ship-tracking data.

Last month, the United States put an end to the six-month sanction waivers to all buyers of Iranian oil. A growing number of importers, refiners, insurers, and ship owners prefer to steer clear of dealings with Iranian oil instead of risking secondary sanctions or being cut off the U.S. banking and financial system.

Iran’s oil exports so far in May have probably averaged just 500,000 bpd or lower, according to tanker data and industry sources, cited by Reuters last week.

This compares to 1 million bpd and even more that Iran exported earlier this year, before the end of all U.S. sanction waivers.

In early May, no tanker was seen leaving Iran for a foreign port, but Iran is believed to have increased the use of the ‘switch-off-the-transponder’ tactic, which makes tracking its exports via the AIS systems increasingly difficult and opaque.

Iran, however, wants to keep pumping crude from its fields because if it stopped extracting oil, resuming production from those fields—many of them ageing—would require a hefty investment.

So the Islamic Republic is storing increasing volumes of its oil on land and at sea.

Iran’s oil storage on land is estimated at 46.1 million barrels out of a total capacity of 73 million barrels, according to data from Kayrros, which tracks oil flows. This estimated volume of oil stored onshore is at its highest level since the middle of January.

At sea, Iran is believed to currently store some 20 million barrels of oil on 16 Iranian tankers, up from 12 tankers with at least 13 million barrels in March, according to data from shipping intelligence platform MarineTraffic, cited by Reuters. Why Trump is so clumsy about fighting ‘Free Trade’